Chuck Robb Gets a Nude Massage from Miss Virginia 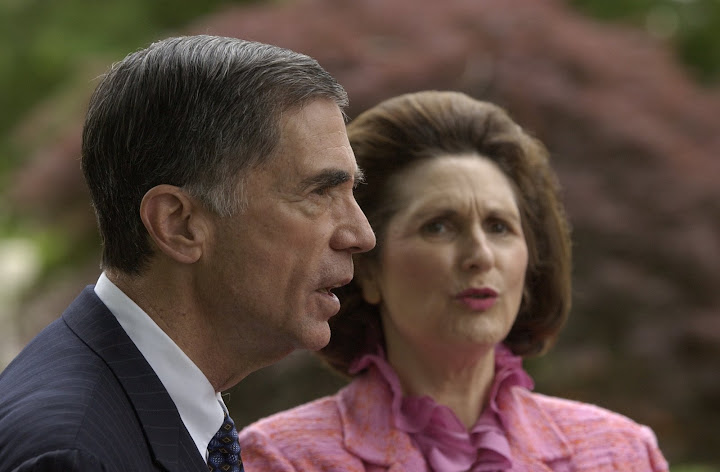 Former Virginia Senator Chuck Robb is living proof that a blown-up sex scandal isn't always a career ender. Two years into his first term in the Senate, Robb admitted in 1991 that while he was governor of Virginia (1982-'86) he had been alone in a hotel room with 1983 Miss Virginia Tai Collins.

To hear it from Robb, the two simply shared some champagne, she gave him a nude massage, and the two went on their way. Sure. Totally innocent. But Tai Collins remembers things a little differently. (Wikipedia)

Collins appeared on the cover of the October, 1991, issue of Playboy (seen at left), saying in an interview that the two had carried on an 18-month full-contact sexual affair while Robb was governor.

Robb's denials were almost as laughable as his 1988 claim that he had never used cocaine and didn't even know what it looked like, after he was accused of some hard partying in his days as governor.

Despite all the controversy, Robb won reelection in 1994, though he was defeated in 2000 by Republican George Allen.

JJ Duncan
I write about movies for Zimbio.com, which means I spend way too much time thinking about the geekiest possible ways to approach the cineplex. I'm also hopelessly addicted to audio books. Follow me: Google
PREV NEXT
Chuck Robb Pictures
Related People
Comments
Featured Stories